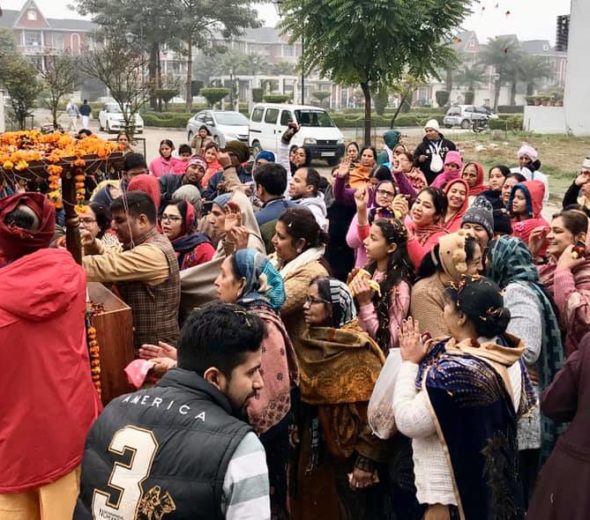 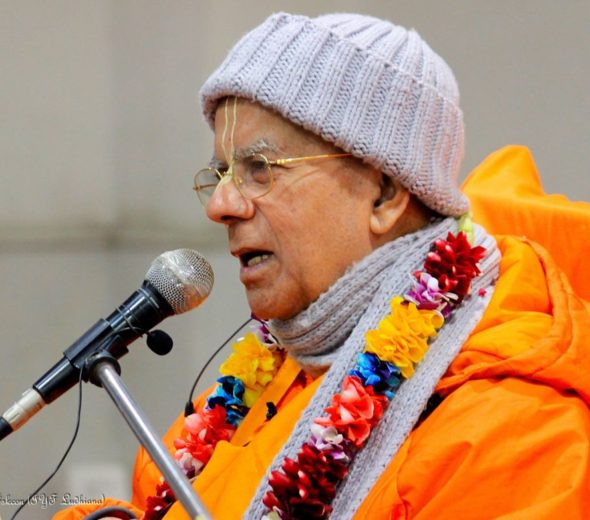 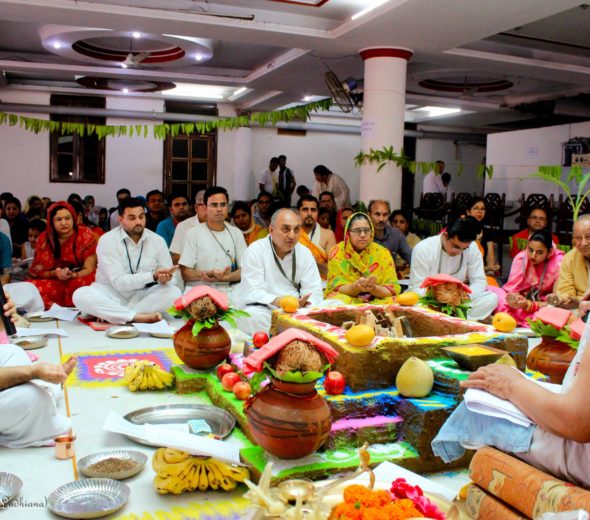 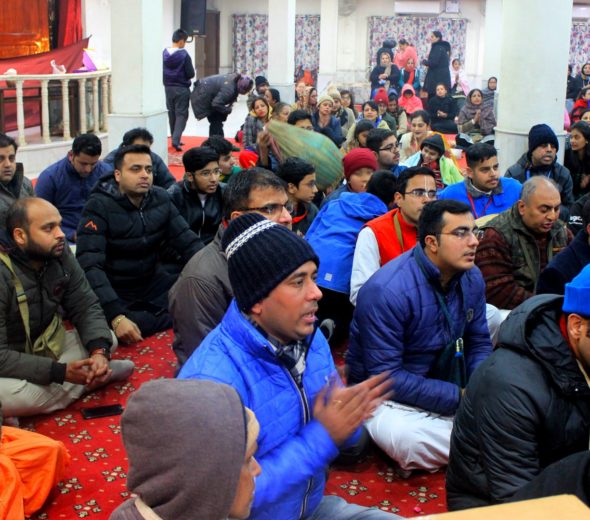 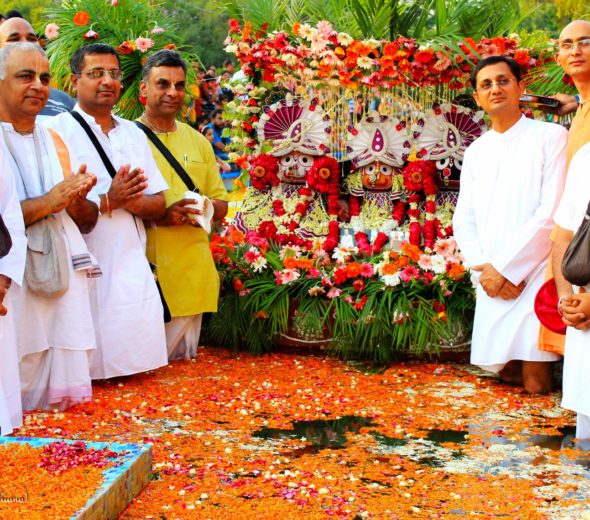 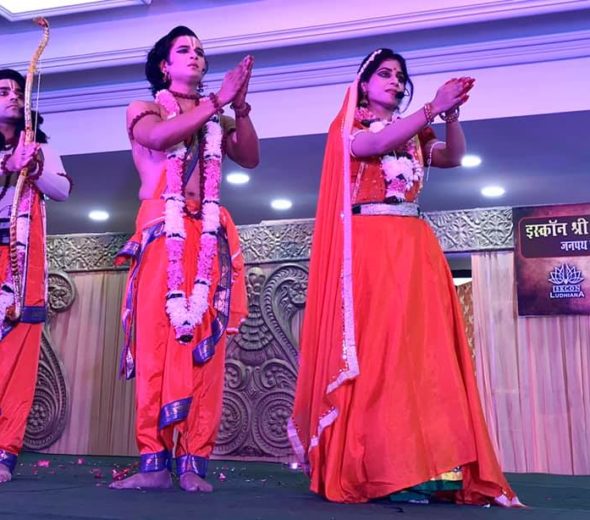 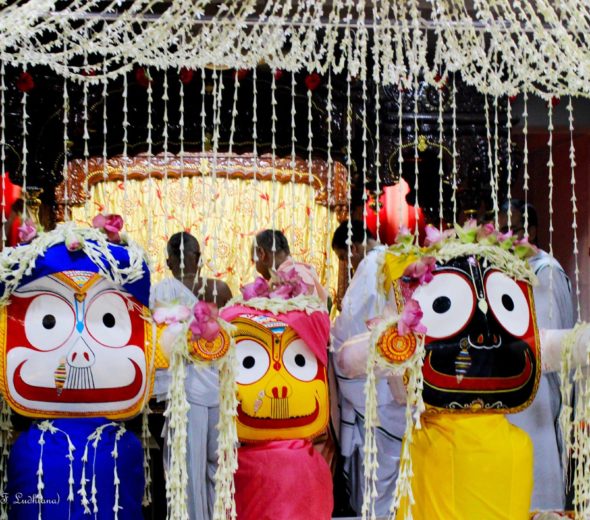 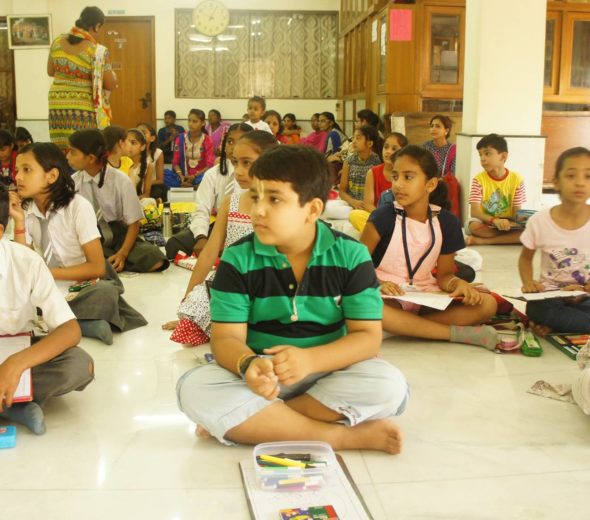 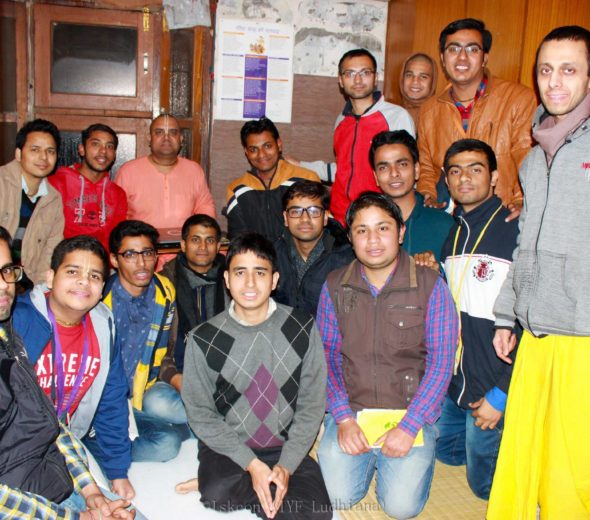 7 Purposes of ISKCON. To systematically propagate spiritual knowledge to society at large and to educate all people in the techniques of spritual life in order to check the imbalance of values in life, and to achieve real unity and peace in the world.

The International Society for Krishna Consciousness (ISKCON) is the spiritual institution founded by His Divine Grace A.C. Bhakti Vedanta Swami Prabhupada in July 1966 as a continuation of the Brahma-Madhva-Gaudiya sampradaya. ISKCON was personally directed by its Founder- A.C. Bhakti Vedanta Srila Prabhupada until his departure on November 14, 1977.
ISKCON comes from Gaudiya-Vaishnava Sampradaya, a monotheistic tradition, or denomination within the wide Hindu culture. Teachings here at ISKCON are scripturally based on the 5,000 years old Bhagwat Gita.

When His Divine Grace A.C. Bhaktivedanta Swami Srila Prabhupada entered the port of New York City on September 17, 1965 few Americans took notice — but he was not merely another immigrant. He was on a mission to introduce the ancient teachings of Vedic India into mainstream America. Before Srila Prabhupada passed away on November 14, 1977 at the age of 81, his mission proved successful. He had founded the International Society for Krishna Consciousness (ISKCON) and saw it grow into a worldwide confederation of more than 100 temples, ashrams, and cultural centers.

Srila Prabhupada was born Abhay Charan De on September 1, 1896 to a pious Hindu family in Calcutta. As a youth growing up in British-controlled India, Abhay became involved with Mahatma Gandhi’s civil disobedience movement to secure independence for his nation. It was, however, a 1922 meeting with a prominent scholar and religious leader, Srila Bhaktisiddhanta Sarasvati, which proved most influential on Abhay’s future calling. Srila Bhaktisiddhanta was a leader in the Gaudiya Vaishnava denomination, a monotheistic tradition within the broad Hindu culture, and asked Abhay to bring the teachings of Lord Krishna to the English-speaking world. Abhay became a disciple of Srila Bhaktisiddhanta in 1933, and resolved to carry out his mentor’s request. Abhay, later known by the honorific A.C. Bhaktivedanta Swami Prabhupada, spent the next 32 years preparing for his journey west.

In 1965, at the age of sixty-nine, Srila Prabhupada traveled to New York City aboard a cargo ship. The journey was treacherous, and the elderly spiritual teacher suffered two heart attacks aboard ship. Arriving in the United States with just seven dollars in Indian rupees and his translations of sacred Sanskrit texts, Srila Prabhupada began to share the timeless wisdom of Krishna consciousness. His message of peace and goodwill resonated with many young people, some of whom came forward to become serious students of the Krishna tradition. With the help of these students, Srila Prabhupada rented a small storefront on New York’s Lower East Side to use as a temple. On July 11, 1966, he officially registered his organization in the state of New York, formally founding the International Society for Krishna Consciousness.

Bhakti implies to offer with devotion and love, everything one does in life to God. It is the essence of immortal relationship we have with Krishna. In existence of material world, our Bhakti is covered by the material consciousness and we get misdirected away from the Supreme Lord.
Mantra Mediation is the key practice of Bhakti Yogis. Kirtan, and Japa (quiet chanting on beads). We can revive our eternal connection with Krishna through the constant of Mahamantra. It helps to calm the mind and cleanse the heart.

What is Hare Krishna Mahamantra?

Bhakti yoga is an immortal science of reestablishing our relationship with Supreme Lord Krishna or God. Krishna and his internal energy is fully present in sound vibration of the mahamantra. There is no discriminitaion language, caste, creed, or ethnicity. Whosoever will chant, is going to experience the bliss.
Hare Krishna Hare Krishna, Krishna Krishna Hare Hare,
Hare Rama, Hare Rama, Rama Rama Hare Hare!

We are not this Body, but we’re the soul.
This is the core crux of Bhagavad-Gita. We are the conscious life force, and completely distinct from our bodies. Matter is mortal, but spirit is eternal. Purpose of this material body is to assist the soul to get rid of this world of eternal suffering.

God has several names according to different aspects of this personality – Allah, Jesus, Prophet, which refers to the greatness of his role as a creator. Krishna – “The all-attractive”. It is a name of the Supreme Personality of Godhead.

How to Join Iskcon?

ISKCON is like a hospital. It will help to repair our fallen consciousness and provide ways to cleanse the heart. It’s not like you need to leave your family to join here as a Brahmachari (Celibacy) or Sannyasi. It an individual’s wish, how he wants to be a part of this river of knowledge, enlightenment, and wisdom, which is so pure in nature.
Joining ISKCON doesn’t means you need to pay some annual/monthly/quarterly charges. Knowledge of God is free of cost, and costless. Just visit any nearby preaching center or temple, and meet the authorities there, and you’re a member.
The concept of Life-membership program is entirely different. But as such joining ISKCON is free of cost. Anyone can come on Sunday programs, attend seminars/lectures, enjoy ecstatic kirtan, and relish the tasty Mahaprasad of the Lordship.

Why Spiritual values are important?

Spiritual values are important because they support your purpose in life. The point of having your own unique experiences as an individual in this world of constant change is that it leads to continual personal growth, and that means growth in consciousness.

What ISKCON is doing for Mankind

ISKCON presented Krishna as a monotheistic supreme deity, and has augmented its theology to draw parallels with Christ. Soon after Prabhupad founded the organisation, ISKCON quickly became one of the most public voices of Hinduism and an active leader in the countercultural movements of the late 1960st
All Rights Reserved By IskconLudhiana